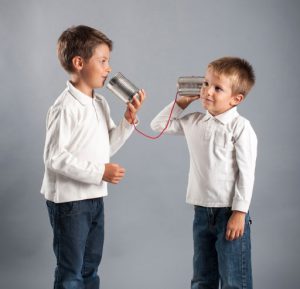 Download a printable copy of this article (PDF 378KB)

Even if you feel there’s nothing to say, there is. There may not be a current and pressing operational situation to convey but that certainly doesn’t mean you have nothing to communicate. In fact, the insistence that your communications are merely a running commentary of the activities in the school, is undermining your fundamental intention for communicating in the first place – to build and leverage the engagement of parents and carers.

“Much unhappiness has come into the world because of bewilderment and things left unsaid.”
– Fyodor Dostyevsky

Communicating is about broadcasting key messages, designed to prompt thought which can then translate into a changed or enhanced behaviour. Readers won’t get very far when school newsletters focus on:

What is read has zero impact on thoughts or behaviour. This superficial level of communication is commentary at best. It’s time to really communicate – so let’s look at how the communication professionals outside of schools do it.

Radio stations are one media mode that has survived well, despite the obvious challenges, in the digital age. It seems that while we are trapped in cars, there’s a need for radio. Radio stations use the “Rule of Six” to reach us … and to keep us listening.

The Rule of Six is a well tested method that manifests as a new song on the radio seeming to be the only one on the playlist. Of course, the song isn’t on quite such heavy rotation but it seems to be. The radio station is on a mission to have its audience hear this song six times in the shortest period of time possible. After hearing the song six times, we access it in our long-term memories and begin attaching positive memories and experiences to it. This results in us tapping our steering wheels to the song as we motor along and places us certainly in no mood to change the station while our new favourite song is playing. We might even stay for the ads after the song. And what do you know? That’s how radio stations get paid!

Bands who have stood the test of time have been using this to their advantage for years. Their passion is often playing live and this is a highly lucrative passion if you can fill a stadium too. But not all fans purchase expensive concert tickets just because Bon Jovi announces a new world tour. So how do Bon Jovi communicate with us to engage us in the new behaviour of purchasing a $150 concert ticket?

Voila! Full stadium. All it takes is communicating on multiple channels in the right way. Parents and carers won’t all come on board immediately – but you can get them 15% at a time – if you’re as cool about it as Jon Bon Jovi or your own well-known favourite performer or band.

More articles in the Community and communication topic

I’ve discovered some commonalities in schools as I move around Australia visiting our Real Schools Partners. For example, there’s a moral imperative about teaching the whole student that exists in almost every Australian school. We also seem to have a genuine interest in equipping our young people for the ever changing workforce that awaits them. These are noble collective objectives and should be preserved certainly and cultivated.